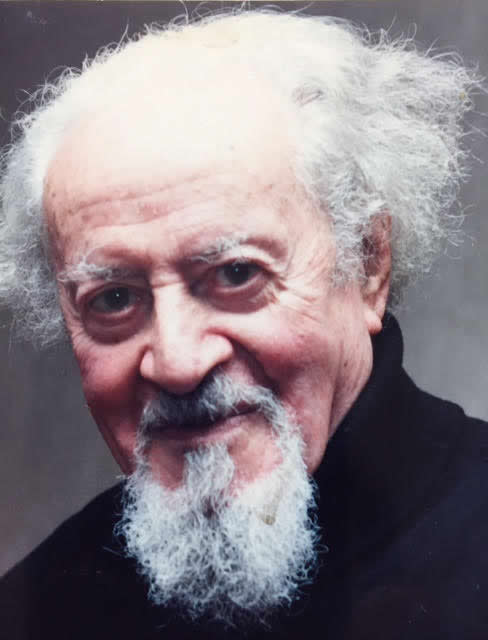 Born in 1910 near Odessa, Ukraine, Malkin started his training as a painter and as a sculptor at age twelve. He switched to figurative sculpture in 1934 when he emigrated to Palestine, then under British mandate. After a two-year stint on a kibbutz, Malkin moved to Haifa and then to Jerusalem where his work was exhibited at the prestigious Schlosser Gallery in 1938. After serving in the Jewish unit of the British Eighth Army as a camouflage specialist in WWII, Malkin was awarded a fellowship to study at the Academy of Fine Arts in Florence, Italy. In 1950, he received the First Prize in Sculpture from the Academy and settled in Tuscany. He worked on commission as a figurative sculptor while also producing abstract compositions based on the Hebrew alphabet. In 1955, Malkin moved to Paris and into the maelstrom of artistic creativity that was post-war Montparnasse. He attended André Lhote's studio and quickly became a part of the Second School of Paris. It was there that he gradually shifted back from sculpture to oil painting and firmly established himself as an original practitioner of abstract experimentation.

Today, David Malkin is principally known as a non-figurative painter who explored the themes of Jewish spirituality and the human condition, in the aftermath of the Holocaust. His densely concentrated compositions are marked by subtle and refined chromatic nuances, which suggest haunting masks and Hasidic silhouettes, as well as music-like variations on Hebrew letters.

Malkin painted on Japanese paper, velvet paper, card stock, corrugated, and metallic paper. He purposefully distanced himself from trendy practices by choosing small, atypical formats. He also challenged our conditioned viewing habits: "The tragedy of human suffering is usually associated with black and other dark shades. From an artistic standpoint, it is more interesting to express that suffering with a bright palette. At first glance, you only see harmonies of colors and confetti of light. But if you allow yourself the time to linger, anguished faces and clamoring cries of despair will gradually emerge."

Since 1987, David Malkin's work has been regularly exhibited at the Galerie Arnoux in Paris. He also participated in numerous Salons (Réalités Nouvelles, FIAC, Salon d'Art Sacré). Malkin's sculptures and paintings are included in private collections in England, Israel, Italy, France, and the US.